30 Million Users’ Reputation is at stake after Ashley Madison data hack, Are you one of them?

Who thought that signing up Ashley Madison could raise millions of eyebrows and leave a question mark over the reputation 30 Million people worldwide? Did you?  Nobody apparently thought that this big data hack will come forth so abruptly and break internet in no time. Hackers have released data and how badly it has maligned the image of exposed people needs no more explanation; it’s all out there. 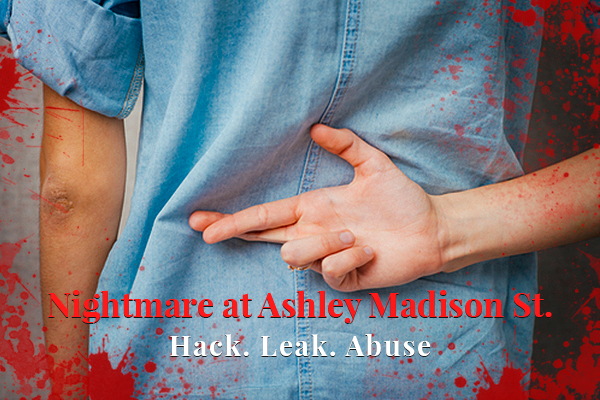 Did you ever think while chatting, sharing photos and personal details on AshleyMadison.com that it can be read online by your spouse, partner and colleagues?  Well it’s time to think if you were unaware before, as this one of a kind data hack has more repercussions to ponder. Not just personal but, users are losing on professional and other fronts too.

Loss of Reputation can Cost your Job

Job firings are the most common upshot of reputation damage on web. Sacco incident reminds of the brutal side of social media freedom that changed her life for worse. A twitter user (Justin Sacco) with very few followers got slammed by everyone from celebrities to less known people and lost her job eventually due to her one frivolous tweet. She started trending during her flight from New York to Capetown and what happened in this 11 hours trip was the worst you can think of.  She was being criticized and called racist for her tweets and Twitter was jammed with retweeted jokes and slamming replies. She lost her job and reputation but the worse thing is that you can still search her name and read through this event even today. That’s how the World Wide Web works.

In the case of Ashley Madison, not just firings but divorces, suicides, public humiliation, extortions and loss of credibility are equally big concerns for users linked to it.

Clinical psychologists are calling it the biggest hurt for spouses and children as dealing it publically can make the situation more vulnerable for them.

Suicide committed by John Gibson, a pastor and seminary professor, establishes the vulnerability of this issue. His wife, Christi said, “It was a moment that life doesn’t prepare you for, I had to call my kids. How do you tell your kids that their dad is gone and that he took his own life?” She also mentioned that John was quite worried about losing his job and mentioned ‘Ashley Madison’ in his last note too.

Ashley Madison data hack is not just another Cyber-Attack; it can Kill Your Reputation for good
Reach out to w3Police for Help

Family attorneys of the U.S. are calling it legal ‘Black Friday’ and ‘Christmas in September’ owing to several possibilities of spouses asking for divorces. Renowned divorce lawyer Raoul Felder said, “I’ve never had anything like this before.“  Not just married couples but living partners want to breach partnership and all associations whether personal or professional and take the matter to court. No wonder if law firms are getting regular calls for knowing the legal course of action as more people are getting to know about this and reacting to it. Legal experts believe it will increase soon as people affected by it are coming out gradually.

In a more common situation of infidelity, a partner would usually dump the betrayer but when it breaks out publicly, it is more shocking and hurtful.  The data available with hackers comprise personal details including sexual preferences that nobody would like to be laid bare in public. Comments like, “I’m looking for someone who isn’t happy at home or just bored and looking for some excitement” and “I love it when I’m called and told I have 15 minutes to get to someplace where I’ll be greeted at the door with a surprise — maybe lingerie, nakedness.” are making rounds on web.

It’s a dark sea that will keep growing as this data gets circulated more across various channels. Reputation experts are of the view that risk is high in this case particularly for three reasons:

The matter of fact is that you can be found entangled in this murky state even if someone has used your email id, as the site does not follow strict verification rules and anyone can create an account using any ID. The site asks for $20 (the bone of contention that led to hack) for deleting profile, however, those profiles are undeleted and many of them have been exposed in the data released lately. So, beware if you think you have paid for deleting your account, you might still be found in the released lists. A British parliamentarian has confirmed that his email was used without his knowledge.

Why Ashley Madison has more Serious Implications than other Cyber-Attacks?

Amid such illegal hacks and privacy intrusion, extortionists get the chance to blackmail victims of online shaming. It won’t be surprising if cyber vultures look at this as an opportunity to loot Ashley Madison exposed users once again. Extortionists find out data that poses threat to one’s reputation and force the concerned party to pay for not making it public. Mugshot websites asking money to take down pictures are live examples.

Ashley Madison data hack is going to cause more damage to personal reputation of users. Whether someone spent a day or more on this site, association with this dating platform can cost him/her dearly on both private and professional front. A hell is raised online, which is going to tarnish image of several people including individuals with families, professionals, students, etc. in coming months. It will disrupt lives not just of the users whose name are included in released data but their closed ones too. Comment posted on Quora by one of the Ashley Madison users makes this more vivid.

“I was on the site, and so was my wife. We’ve been in an open relationship for years–since before we got married–but it’s not something we wanted public for fear of it affecting our careers.”

How to Control Reputation Damage caused by Ashley Madison?

The hacked data is easily obtainable through BitTorrent clients and several other sites. So there is no point of sitting by and let the storm turn bigger. You can certainly not mend the past but protect future by exercising damage control. Get proactive and prepare for dealing with the detriments of Ashley Madison. Logging on to this or any other dating website can be suicidal from reputation viewpoint, if your digital presence is not pleasing enough.  In short there is one and only way to control damage caused by Ashley Madison and that’s proactive reputation treatment.

A decent post, extremely grateful and cheerful that you will compose numerous more posts like this one.
Keep it up for more valuable sharing. Well thank u so much and very well done.!