Politics is one of the most intricate fields of profession where every action of the politicians gets minutely scrutinized. It takes years to earn a good and prestigious reputation but only a moment of wrong decision to ruin it.

Since politics is moving onto the internet in force, people’s perceptions and decisions are getting highly influenced by the image of the politicians portrayed by the internet and social media. People tend to believe what they see on the internet and politicians are taking good advantage of it. Political parties run online campaigns to promote their representatives and at the same time tarnish the image of their opponents. The political messages that people circulate in their Whatsapp or Facebook groups or the news stories published on various websites have a direct influence on people’s political biases. 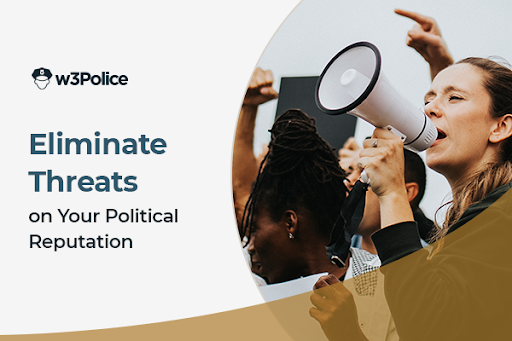 Reputation management firms help politicians to convey the message and portray the image that they want people to see in order to gain maximum support. ORM makes positive information about politicians and their campaigns easily accessible to the public. It promotes positive content, suppresses negative reviews and comments, and optimizes google search results to build a good reputation of the candidate.

When it comes to knowing the celebrities and politicians, people rely on all that Google reveals. Google search results are considered as an effective tool for convincing people about one’s trustworthiness and eligibility for holding office.

Instead of leaving it up to the news channels or other public awareness platforms to portray your image and ideas in front of the public, you can take charge of the way your message reaches out to them by producing and promoting your own content. So that when people search for you, they will get positive results about you and proper information about your campaign. Moreover, the positive search results will form the evidence of your good character strengthening your support.

Like every celebrity and public figure, politicians are constantly scrutinized. Every activity conducted or statements made by you in public or social media platforms get closely observed by your supporters as well as opponents.

There would always be people looking up to you to give your opinion on controversial issues. A political misstep or an awkward statement can be used against you by the opponents on the digital media. Your political career is in danger if negative news or content appears as the google results for your name. To seek out and neutralize all the damaging content being posted on the internet is an initial step to gain the trust of the voters.

An old witticism that goes like this,” If you want your genealogy traced for free, run for public office”, gives a good idea of the extent to which your life events get uncovered once you join politics.

There is nothing related to you that can go uncovered once you step up to run for the office. There are media, researchers, reporters and the general public that dig everything out from the past and bring it up for you to be answerable.

A statement that you made years ago is still present on the internet and can be used to besmirch your reputation. No matter how old the incident or the statement is, it can spark a national conflagration and make a huge impact on your image.

When you are a public figure, no action of yours remains small and insignificant. All that you do, talk and wear, the places you visit, and the people you meet are going to make a headline. Every small thing will find its way to a large number of people.

People are going to talk about every aspect of your life, personal or professional, and when people talk about something, they start getting affected by it gradually. People who disapprove may create a ruckus giving rise to unnecessary controversies.

There have been several incidents where a very insignificant matter turned into a reputation-shattering issue for the candidate. Your active presence on various digital platforms is necessary to counteract all that fueling against you.

To be a leader is to be connected with the public both socially and emotionally. Your every online activity evokes an emotion in the public and that emotion somehow impacts your political image.

And before pondering over the effect that your statement or comment can have on people, you must ensure that the news is strong enough to trigger some kind of emotion in them. The bits of news that are shared the most are those inspiring strong emotional reactions.

But as we all know, politics is a dangerous path to tread. Where on one side an empathetic statement that resonates with the voters can help you build a positive connection with them, an offensive comment, one the other, can arouse rage among them causing considerable damage to your reputation.

Get Free Analytical Reports Of Your Online Political Reputation

Discuss with the Experts

Though reputation can only be built by the person himself through his actions and deeds. But when you are vying for an election, it’s not only you who is affected by the reputation people form of you. Your opponent party is equally affected by what people think of you as that impacts their supporters and votes. So they constantly try to demean you through various means.

It is a very common practice among politicians to promote negative information about their opponents. Opponents try everything from fake reviews and news articles to sensationalized blog posts and social media profiles to smear each other’s images. Such practices are known as character assassination or smear campaigns.

Political online reputation management helps in tackling opponents’ moves to degrade your reputation. It optimizes the information that reaches people and promotes the key values of your campaign on various digital platforms.

Since most of the reputational issues arise online, reputation management attempts to deal with the following:

Africa is emerging as one of the largest developing continents with a massive youth population. The young generation has started exploring digital media as a reliable platform for affirming their political beliefs. The rise of digital platforms and social media in several countries of the African continent has led to transparency in political campaigns.

The tech-savvy generation relies on the internet for gathering information about their leaders and reforming their trust in the political parties. With the dawn of a socially transforming era, the politicians in Africa have a good chance to connect with their countrymen and give out a positive message.

There is a long list of political leaders from various countries in Africa who have constantly been in controversies from the past few years. Being in conflicts has caused considerable damage to their image that led to the downfall of their political career. Reputation management can help them regain and rebuild a reliable reputation.

They can reach out to their people through the right means to convey their side of the story and earn the trust and support of the people.

Maintaining a pleasing digital image requires time, continuous efforts and expertise in the field. If you feel that you cannot spare enough time and effort, you can always request help from professionals. w3Police is the leading reputation management firm that helps clients with its deep industry knowledge and best practices of managing online reputation. We incorporate well-planned strategies to monitor, locate and eradicate all the negative content ruining your reputation and promote your party or campaign by uploading fresh positive content. Get in touch with us to improve your online image.

Also read why Online Presence or Reputation is Important